With so many forms of freight during the holiday, but there are certain forms of transport that suits you, that is your decision, be sure to check the form for you to transport you in the days access to this festival.

Just to the annual Lunar New Year, the freight company had the opportunity to bustling back, during the annual holiday, the Lunar New Year holidays this is probably the longest stay so the freight and expedited policy and the hardest, now we can talk through the official freight across all sectors.

Transportation of goods by road.

We understand that trucking is always strong, it is a time people move away to a distance close, especially in big cities like Hanoi and Ho Chi Minh City, the amount of freight wheel motorcycle rudimentary, with transport by oto landing of cargo gathered here are very nhieu.Hang cultural festival is focused to meet the demand of residential areas, which the goods are transported much so, concentrated amount of goods as well as service industries need more functionality remedies to no or less items not due to their origin, or rather goods are smuggled into Vietnam, considering the distance of the carriage of goods by road has a shorter distance, the nature transportation from one place to another with the mode of operation is not quite as sophisticated this active transport simple nature.

Transportation of goods by rail.

Transporting goods by rail is also not much different to the transport of goods by road, but it is done on a north-south railway, shipping this style more professional, but have a bit of a disadvantage compared to road transport which is dependent on the terminal of the province as well as big cities, but if lightning costs for 1 kg of cargo compared to road transport, the cost is much reduced, along with the distance transportation is far more to transport goods which are more advantages make rail transport, talking about the safety of the railway transport can say is safest for the cargo ships chemistry want to run to run on rails available online, so to occur phenomenon of trains and railway stations are not available, in addition to the benefits it brings, we can also control the transport of goods move through this route during the holiday a much simpler than transporting goods on the road, if the carriage of passengers by road as the car seat or a few dozen bikes, then rail transport offers comfort insole while passengers can move though much farther distances, moving from one place to another by rail thus help ensure the safety and lives of the people involved in transporting, shipping every occasion however the number of people being transported far greater than the mode of transportation by road, also on the occasion of this festival has railroad moves to stimulate demand for transport switch on the service which is the Corporation of Vietnam Railways (Ministry of Transport) has decided to reduce 10% of the fare for passengers and reduce shipping cost 5-20% of the railroad hoa.Ly conducted reduced rate Vu Ta Tung, General Director of the Vietnam railway Corporation said, this time discounts to attract cruise passengers as well as freight enhancement in oil prices plummeted today.
Accordingly, freight fare passenger trains run during the Reunification from 01/01/2015 to 01/02/2015 will end on 10% discount on all types of accommodation, type of passenger Mini the most.
Time used as the basis for the ticket is the time the train at the station indicated on the passenger’s ticket. The tickets sold prior to the implementation of this decision not to pay the difference (if any) Draw cargo rates, the Corporation Vietnam Railways has directed the Company Passenger Rail continues the current text of the 4308 / rail-business plan of the Corporation dated 04.12.2014 on reducing freight rates due to lower oil prices.

Carriage of goods by sea

Shipping methods compared the mass transport as well as the price, you can say that this mode of transport has the largest volume shipping and the cheapest price, but if lightning is about time this method the longest time, it was the positive and negative when transporting goods across this road, shipping services in this new year may not spike as other forms of transport, for transport hoaco long shipping time and trouble to prepare, more types depending on the route of the line, but that is water or sea water, but if shipped over seas, it does not depend lunar New Year or not, because the festival is only a drinking water lunar New Year, so we eat festival food festival, but the water is not so cargo can say is do not spike as much, the movement of people as in the days of the new year, we have less transportation is selected ships, because of limitations in speed and route, the main reason people choose measurement method move Lunar New Year often means not select shipping, that’s the cause shipping not spike. 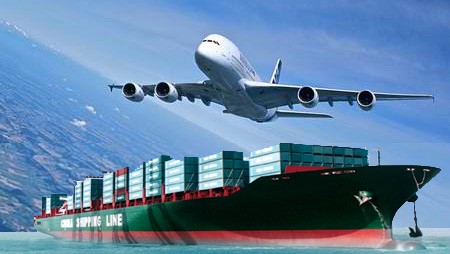 Another advantage could not say which came first is the advantage of time, the transport distances are equal on the various forms of transport in this new year, the airline service is always top of the time in forms of transport, but the freight in aviation is the weakest card ie the weight of goods transported by air is at least, but this is the holiday can say the most impact air transport remains, how people move to take New Year holiday period requires fast so they often choose this mode of transport, air transport and rail transport and waterways also depends very many in areas with the airport, or dependency and routes it or not, so there may be advantages in terms of time, but can not meet the needs of people in remote areas can only say air transport only for the big city, or airport areas alone ..

Transportation of goods by other means.

The general cargo operations Tet can say is that spike so well depending on the needs of each participant traffic to which people apply themselves alone, more may have the joining freight combine multiple forms together to achieve the required and although the purpose of each person. Though it must be said that spring is coming with us, we need to be involved in transporting safely for us but for others, to ensure we have a happy Tet and warm the extended family and loved ones.