Fox News Channel said the estimated budget of up to $ 98 billion, it will be the most expensive public works American history when it completed in 2033 as planned. 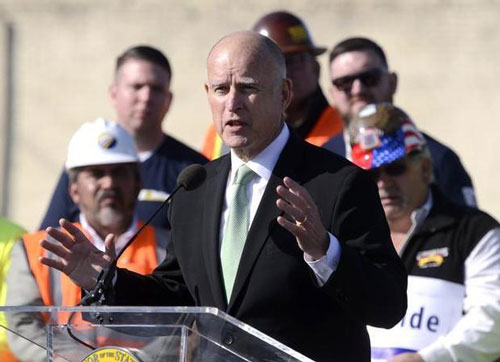 Mr. Jerry Brown, Governor of California, spoke at the groundbreaking ceremony for the construction of high-speed rail line

According to the promise of the 2008 California state officials, the railway will help people only take 2 hours 40 minutes to get from San Francisco to Los Angeles. However, this interval can be increased more than 4 hours by road have changed. In addition, the work also face lawsuits and financial environment.

Mr. Kris Vosburgh, executive director of the Association Howard Jarvis Taxpayers (a group monitoring the taxpayer), said the project is wasteful because only a small number of people served. According to him, it is better to spend the money first to improve health care, education … locally.

Republican Congressman Kevin McCarthy – representing California and is the leader of the majority in the US House – also criticized the way the game is luxury and political backers will not give up, despite the expensive, its shortcomings.

In contrast, proponents of projects that will reduce road congestion, forced air services to improve quality and provide another option for transporting goods.