Vietnamese state agencies will launch an inspection at 20 foreign shipping lines this month following their decision to raise fees and surcharges at the beginning of April, according to newswire Vietnamplus. 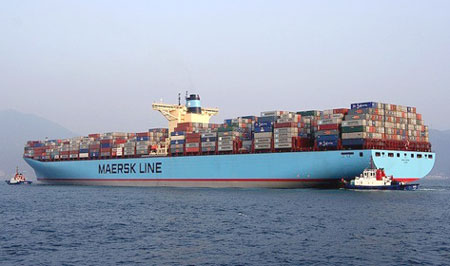 “The inspection team will carry out a check at 20 large foreign shipping companies operating at major ports, mainly in Ho Chi Minh City, Hai Phong, and some other localities,” Deputy Minister of Finance Vu Thi Mai said at a press conference in Hanoi on Tuesday.

“After conducting the examinations in April, we will evaluate the results to report to Deputy Prime Minister Hoang Trung Hai,” Mai added.
The overall checks followed a direction by the deputy prime minister on the review and evaluation of the actual fee and surcharge collection in addition to freight charges by foreign shipping firms in Vietnam, she said.

As Vietnamese companies still depend heavily on foreign shipping firms, they are burdened with many different types of surcharges, which is in turn one of many reasons that affect the export performance of local companies, the deputy minister of finance said.

The Ministry of Finance has also issued Decision 66 on the check on the collection of freight charges, fees and surcharges, the observance of financial legislation, and the reasonability of those charges.

At the beginning of this month, many foreign carriers, such as Yang Ming, CMA CGM, OOCL, and Wan Hai Vietnam, simultaneously announced increases in freight charges and other types of surcharges.

The rises cover many kinds of fees and surcharges, such as loading and unloading fees, documentation fees, and especially container imbalance charges, which have soared from US$60 to $100 per 40-feet container.

Container imbalance charges refer to the costs of re-positioning empty containers from place to place during the import-export process.
The increases, taking effect as of April 1, have made local businesses, especially seafood firms, worried as they will be added to their costs.

According to the Vietnam Maritime Administration, as of October 2014, there were 40 foreign shipping companies doing business in Vietnam, in charge of approximately 88 percent of the exports and imports of local enterprises.

In addition, they assumed 100 percent of containerized export goods for Europe and the Americas markets.