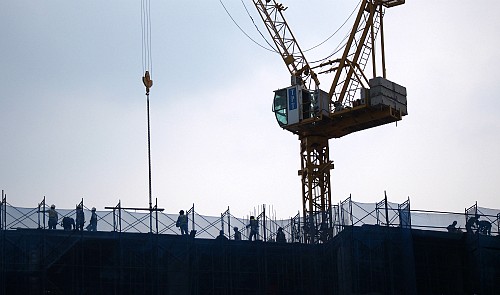 There will not be many foreign homebuyers who immediately jump into the Vietnamese market as soon as a new policy allowing them to do so takes effect, said an expert from U.S.-owned realty consultant firm CBRE Vietnam.

Accordingly, from July 1, two long-awaited pieces of legislation, the new Housing Law and the Real Estate Business Law, have come into effect.
Under the provisions of the Housing Law, the requirements for foreigners to buy and own homes in Vietnam are loosened.

Specifically, foreign organizations and individuals investing in Vietnam, branches and representative offices of foreign companies and investment funds and foreign banks operating in Vietnam have the right to buy condominiums or own and inherit as gifts at most 30 percent of the apartments in a condo building.

Regarding individual houses including villas and semi-detached houses in an area with the number of people equivalent to that in a ward-level administrative unit, foreigners are allowed to buy or own a maximum of 250 houses with the time span of 50 years.

They are also entitled to buy or own a house or condo much longer than the 50-year limit if married to a native Vietnamese person.
After the 50-year period of house ownership, under the new Housing Law, foreign individuals can carry out procedures to extend ownership once, but not for more than 50 years.

The old laws permitted them to own only one piece of property for a maximum time frame of 50 years.
This will be important not only to the real estate business but also to other sectors, as the government has also agreed to ease restrictions on foreign stakeholders.

The decree signed by the prime minister was released late on Friday and will take effect in September.

It said foreign caps of 49 percent would still apply to areas where ‘conditions’ were placed on foreign investments, except for sectors governed by separate ownership regulations, such as banking, where total foreign stakes are limited to 30 percent, Reuters reported.

The effects of the new laws will mark an important step toward opening up the Vietnamese real estate market to overseas investment, but CBRE is not expecting to see an immediate increase in housing demand from foreign investors, said Duong Thuy Dung, director of the research and consulting department of the firm.

CBRE Vietnam has received about five emails daily from foreign investors asking about the new laws in the last two weeks, she said.
The firm has compiled answers for around 50 of the most frequently asked questions regarding all the issues foreign investors pay attention to and is working on a manual providing guidelines for them, she added.

A shift toward the high-end segment
With little participation from foreigners, estimated at no more than two percent on average per condo project, the condominium market is still on a firm path to recovery, according to the CBRE Vietnam representative, citing a report on the Ho Chi Minh City realty market in the second quarter of 2015.

“This was proved by take-up levels – Q2/2015 marked a new record in historical quarterly absorption with over 10,000 units sold for both new and previous launches,” she said.
In the preceding three months, the ratio of market absorption was 57 percent, up 19 percent from the first quarter and up 126 percent over the same period last year.

As of June, the liquidity in the market was near the total liquidity in 2014.
The majority of successful transactions were recorded in the affordable segment during 2012 – 2013, but this has switched to the high-end segment more recently.

The high-end segment reported record absorption in Q2/2015 with approximately 5,800 units sold, while affordable housing saw sales of around 2,800 units during the same period, said the report.

The same circumstance took place in Hanoi in Q2/2015.
The Hanoi market continued to show positive signals, with a total of 5,137 new units launched from 19 projects, a 93 percent rise year on year, according to the CBRE report.

High-end apartments in that market continued to take a larger share in the newly launched units. Notably, for the first time, high-end apartments accounted for approximately one-third of the total new launch stock, at 30 percent, which is higher than in any quarter since 2012.
The number of new launches for high-end units tripled in the second quarter compared to the first one, with 1,518 units.

Overall, sales performance in the capital city continued to be strong in the second quarter, with an estimated 4,480 units purchased, up 80 percent year on year.